Maithili Thakur is India’s rising star in the sphere of folk music. Making Indian folk songs popular especially with the young crowd you might even call her the Taylor Swift of India. In this way, she tries to fill old Indian songs with new life and bring them back to a wide audience.

New2 invited Maithili to bring a piece of beautiful Indian culture to Berlin and the IndoGerman Filmweek and the cinema Babylon made her visit possible. We are glad that she accepted our invitation to officially launch the New2 App together with the opening of the 9th IndoGerman Filmweek on the night of the 23rd of September. 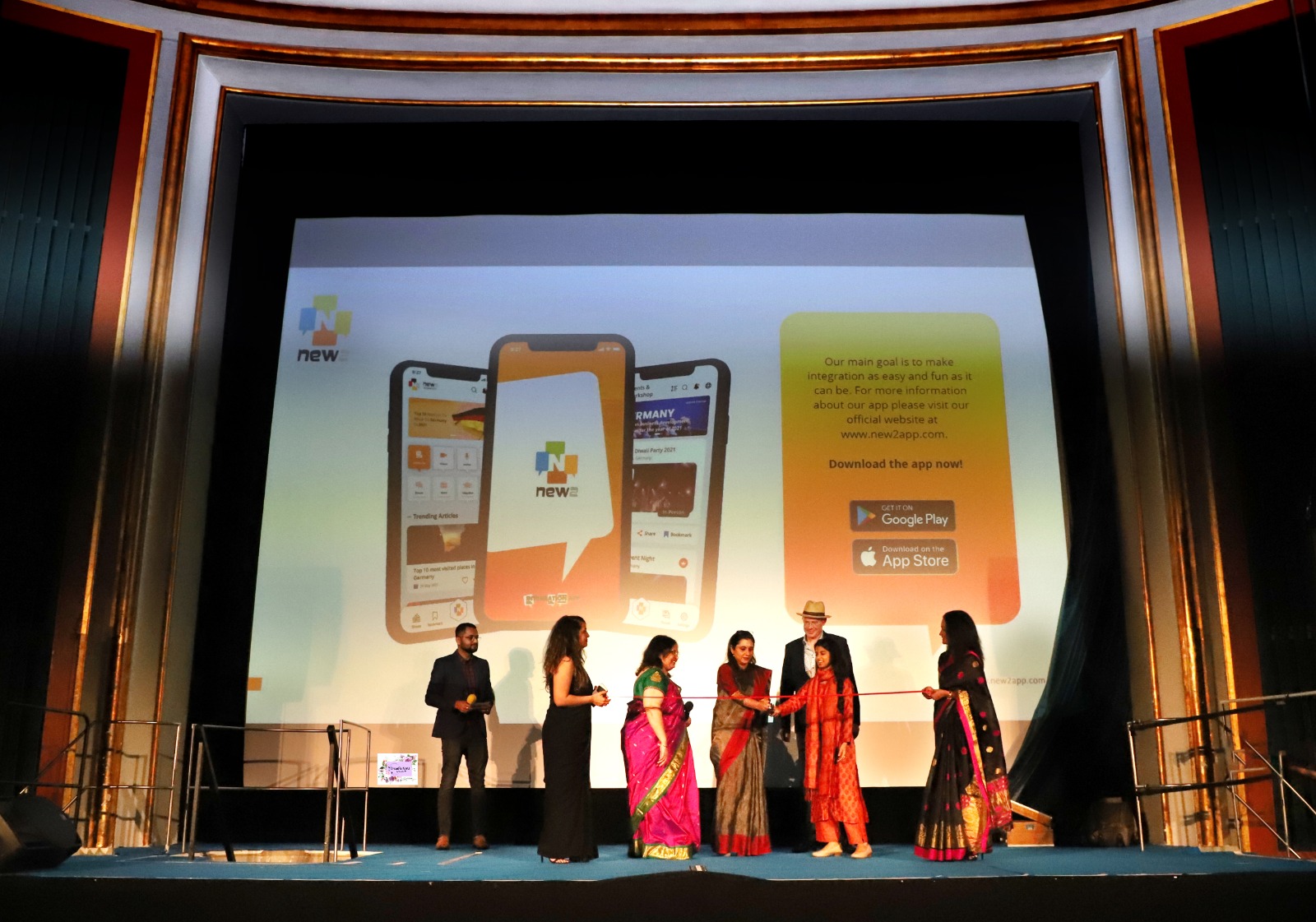 The highlight of her stay in Berlin was the concert on the 25th of September. The atmosphere was ecstatic - the audience was singing along and jumping up from their seats to dance. What made the concert so special was not only the eagerness of the audience but also Maithili’s interaction with them. Quite early on she asked the crowd for their song wishes. The concert included songs in 5 different languages (Hindi, Marathi, Bhojpuri, Punjabi & Gujarati) and the audience was thrilled. As usual Maithili performed with her two brothers Rishav and Ayachi Thakur. Rishav played the Tabla outstandingly well and the youngest of the siblings, Ayachi, sang a beautiful duet with his sister at the end of the concert.

In the Meet & Greet afterwards, everyone got a chance to take a picture with Maithili and her family. Maithili clearly enjoyed engaging with her fans on a very personal level.

Apart from doing what she does best Maithili was also out in Berlin to discover the city. As it was her first time in Germany and even in Europe, she was eager to get to know the German culture and life in the capital city of Berlin. When she arrived on the 19th of September with her family, Maithili was awestruck. 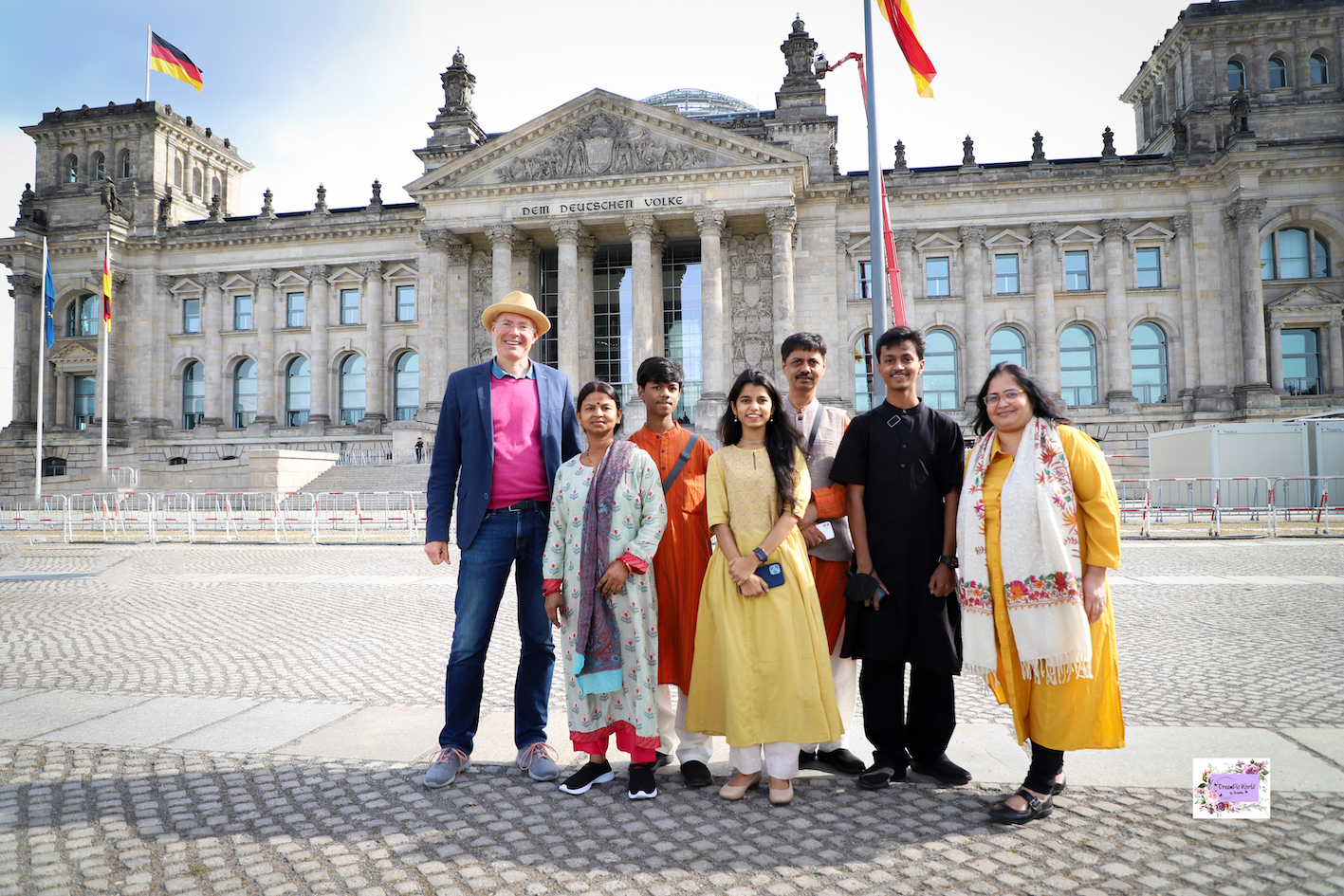 In the days that followed, Maithili would get to know the city and its people a little better. Overwhelmed by many impressions, her joy was evident and her beaming smile accompanied her from city tours to restaurants to her flat. The two city tours in the Kinderkino-Babylon-Bus took her to the most popular sights of the city such as the Reichstag, the TV Tower and the Brandenburg Gate. In the second tour, Maithili was accompanied by people from Berlin to show her their city. As a thank you Maithili sang a few songs for them and gave them the chance to sing for her as well - a very inspiring bus tour! For Maithili as well as for the audience, this trip was a very special experience. Thanks to Babylon for providing the children's cinema bus! 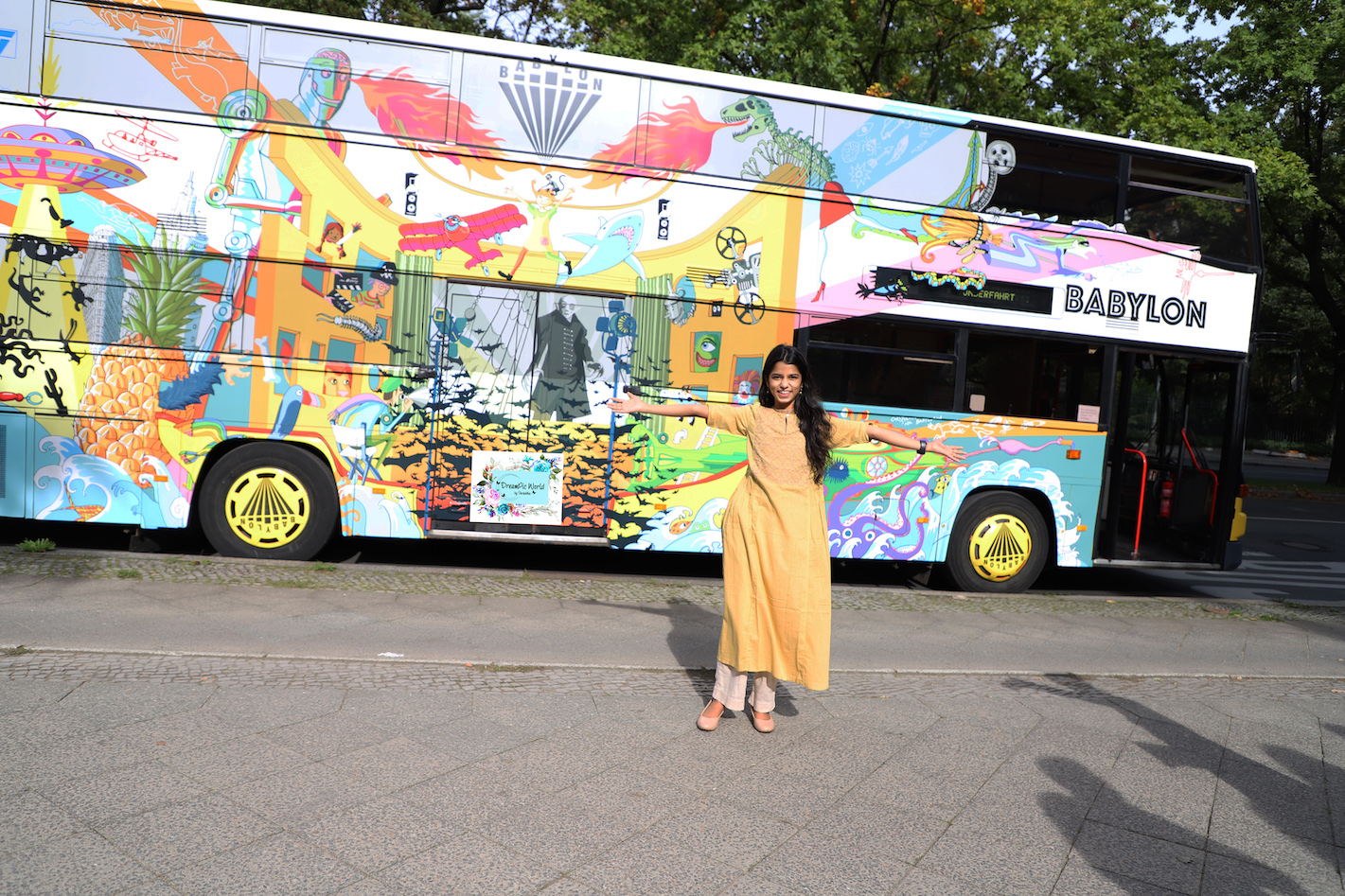 Being new in a foreign country brings many surprises and fun experiences. The weather, for example, has surprised Maithili and her family - one moment it's windy and cold and the next the sun is shining so warmly that they didn't even need their scarves. Maithili was also surprised by the many dogs. For her, the sight of dogs on the passenger seat was very amusing. Quite unexpected for Maithili was the visit to some Indian restaurants where Indian music was playing up and down and the food tasted different but still very delicious. A special surprise for Maithili and her family was the visit of a German friend of Anjana Singh. Here they were able to experience the way of life of Germans at first hand. For both families, the surprise visit was a great cultural exchange. Ayachi Thakur, when asked what he would like to do again on the next visit, replied that he would pay the family another visit.

After only one week, Maithili felt very comfortable in Berlin. Her mother told us that Maithili felt very free in Berlin because she is constantly approached by fans in India. She wanted to explore a lot more in her last two days, including trying typical vegetarian street food like falafel and kumpir. She also had the opportunity to use the German she had learnt, such as Guten Tag (Good Day), Tschüss (Bye) and Dankeschön (Thank you). Already during the concert she shone with a sweet Guten Tag after every song.

If you want to listen to the concert in its entirety, you can watch it here.

We were so excited to have Maithili with us in Berlin and wish her all the best for the future. She told us she is happy to come back again and we are looking forward to her next visit.

Sankranti - a festival for harvest, kites and the sun

States of India - "Unity in Diversity"

German Ambassador to India: Living in a new society wit...

How to find the best accommodation and hotels in India?