In love with Classical Music?

Do you like listening to Classical Music? Wherever you come from, people might have various concepts of what “Classical Music” really means. Seen from a very wide perspective, every country has its own musical heritage. People may confuse the “Classics” with “Classical” as well and look out for “The Sound of Music” while coming to Europe, which in a way is a Hollywood Classic.

But let's talk straight: for music lovers in Germany “Classical” music is the music by Beethoven, Mozart and Haydn, and they know they are talking about music from the times of the “Viennese Classical Period” (1779 – 1825). Now that is for musicology freaks. We don`t want to be that particular and agree for the common understanding of Classical music as “Western Art Music from the Middle Ages to the present.”

Do you want to learn how to play an instrument by yourself? Then check our article here and get to know what you have to do to learn an instrument in Germany!

What does Classical music mean in Germany

There are certain melodies that are part of the “Common Consciousness” and, as we say, every child would recognise them if they heard someone whistle them on the streets. Talking of Mozart's Clarinet Concerto in A Major, 2nd movement, KV 622, you might not be aware of the proper name, the common numbering for Mozart's music (KV stands for Köchelverzeichnis, and OMG, yes, it is one of those German word monsters!), but for sure you have heard the infinitely beautiful melody that became ever so famous in the movie “Out of Africa''!

For some people Classical Music means opera, and they are in love with arias sung by famous tenors, sopranos, or choirs. Germany offers a wide range of famous Opera Festivals such as the Bayreuther Festspiele ( since 1876) , dedicated to the music of Richard Wagner, or the Münchner Opernfestspiele, which have been taking place in the traditional State Opera of Bavaria ever since 1875. Nowadays it is also popular to watch live streams of operas offered by famous opera houses or concert livestreams by festivals such as Bach Fest Leipzig.

In Germany there is a huge appreciation for Art Music, and there are numerous possibilities to get in touch with music lovers and experience that rich tradition. Most importantly, it is an intrinsic part of social life, to delight in the pleasures offered by enjoying live music in a classy and festive atmosphere. During the intermission and after the concert there are options to take small snacks and socialise. Though there are hardly any festivals left that require their guests to adhere to a dress code, most people will prefer to dress according to the festive occasion and visit concerts of Classical Music in festive gowns. 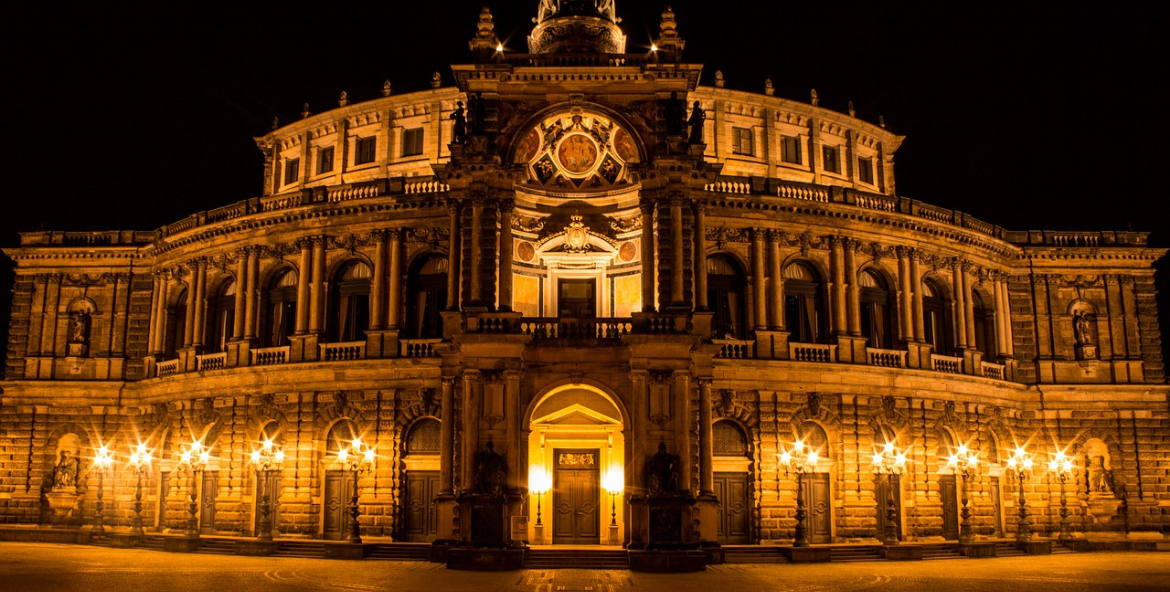 While some people keep yearly subscriptions to enjoy Classical Music sets of events organised by famous Opera Houses such as the Berlin State Opera-Unter den Linden, the Semperoper in Dresden (see image) or regularly visit concerts by famous German Orchestras such as Gewandhausorchester Leipzig, others may be more spontaneous and get rest tickets. The remaining tickets of a performance are usually sold one hour before the performance at the ticket booth. Tickets offered by private persons in front of the concert hall gates prior to the performance may be a good deal, but are sometimes offered at higher rates, too. Tickets to the opera may be expensive and sold out months in advance.

If you want to enjoy a free concert of Classical Music, it is a great idea to check out the schedule of student performances at famous Universities of Music such as Hochschule für Musik Hanns Eisler Berlin. They offer a variety of interesting events.

If you want to know more about Classical Music in Germany and the tradition of concerts and operas, get in touch in the comments section, connect in the New2 FORUM or write to us directly at [email protected]!